I am very happy to announce that two of our students were honoured with three prizes at the South African Institute of Physics annual conference. The prizes were announced by the different divisions during the closing ceremony in the outskirts of Johannesburg. The prizes were granted within the division of Nuclear, Particle and Radiation Physics. Below is the picture of a proud supervisor with the awardees. To the left is Mitch Cox who was awarded the prize for the best MSc presentation and the first prize for the best MSc poster. His contributions are in the area of high-throughput electronics for the Tile Calorimeter of the ATLAS detector. To the right is Harshna Jivan who won the second prize for her MSc presentation. Her contribution is in the area of radiation certification and characterisation of radiation damage of plastic scintillators for the Tile Calorimeter of the ATLAS collaboration. 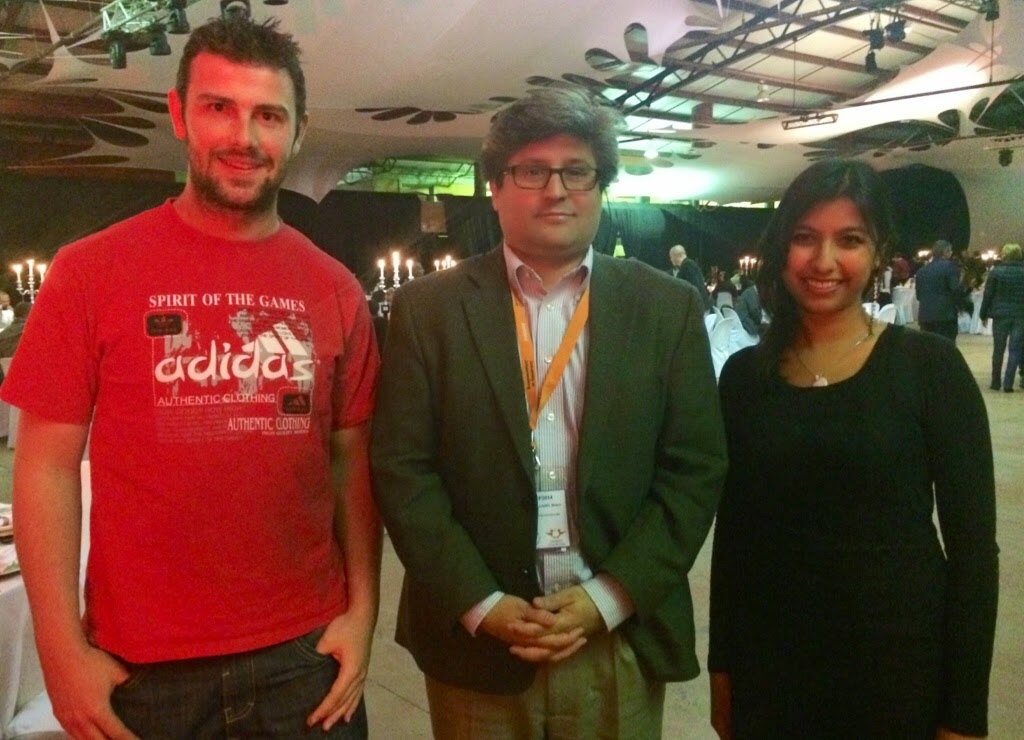 Below is the picture of Stefan von Buddenbrock, one of our Honors students, next to a great poster he put together on the feasibility of the exploration of the tensor structure of the Higgs coupling to weak bosons. His results have been submitted to the journal and the preprint is available at

There were no prizes announced for Honors students in the division of Nuclear, Particle and Radiation Physics, but we would also like to acknowledge the excellent work. 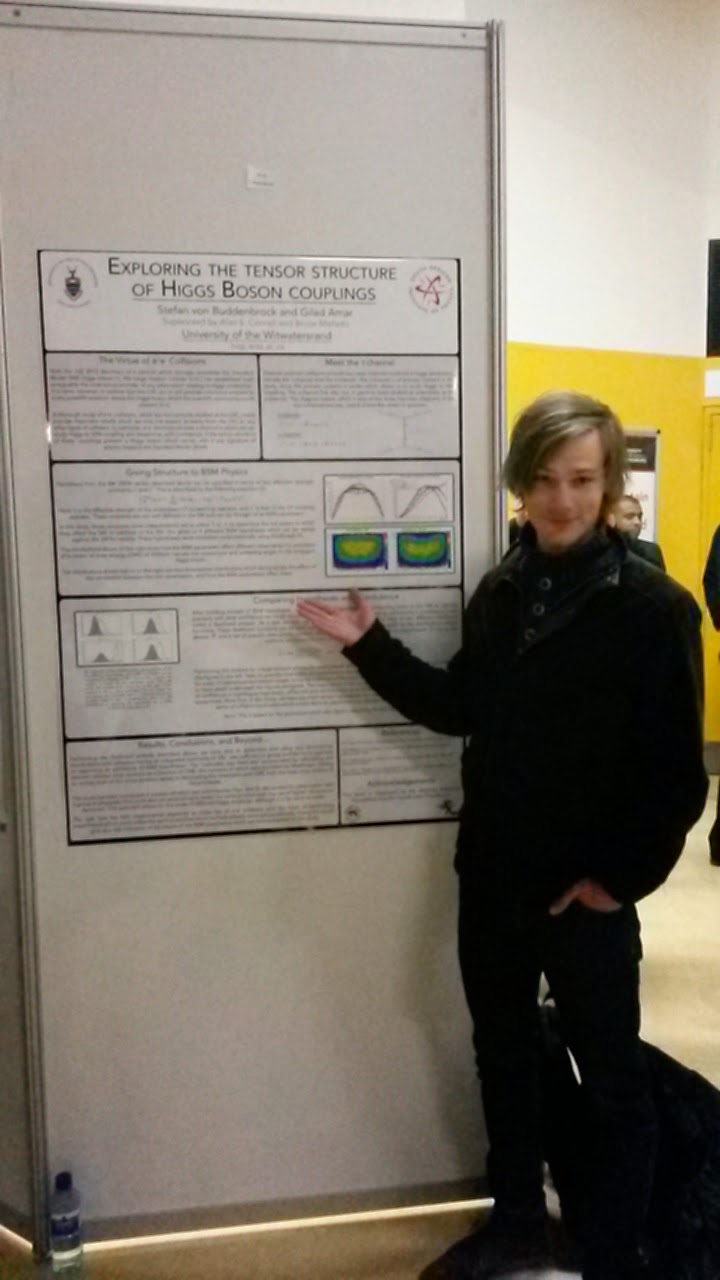 The next edition of the SAIP annual conference will take place in Port Elisabeth.

During our visit we toured the old Synchrophasotron and Nuclotron that is now being upgraded for the new NICA project. Below is a picture of us standing on the worlds heaviest magnet, weighing in at 36000 Tonnes, which stretches around the warehouse.

The electronics lab at Wits is almost there after a year designing  and working with the contractors. The vinyl floor is being placed now. After that the refurbishment work will be done within a couple of weeks, or at least that is what the contractors promise. After that electronics infrastructure will move it. Can't wait. 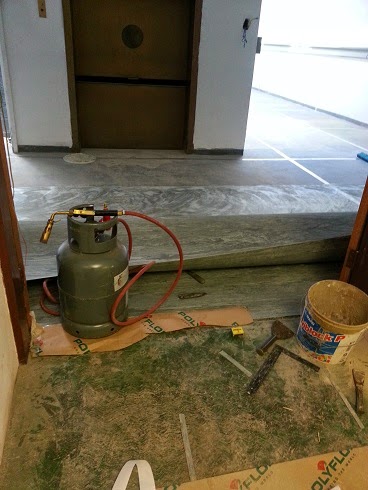 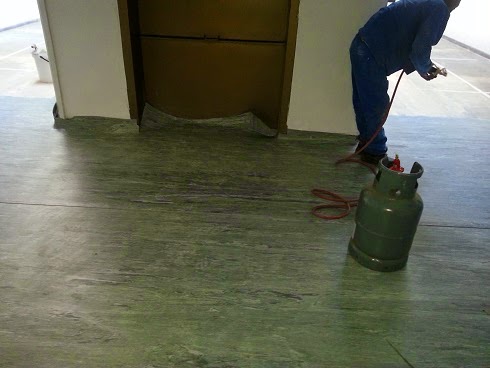 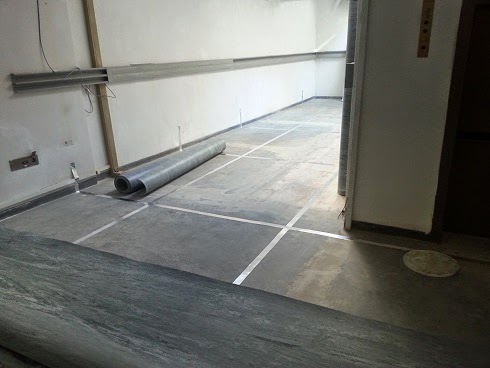