In May this year I moved to CERN in Switzerland for 3 months as part of my studies at University of the Witwatersrand. I have since joined the ATLAS Tile Calorimeter Demonstrator project Group and been helping out where I can. Their aim has been to design, build and install a Hybrid Demonstrator prototype that will replace the aging front-end electronics from 1 to 3 slices of the ATLAS TileCal before RUN 2 begins in 2015.

The entire LHC is in the process of being upgraded, by 2024 Phase II will begin where the beam energy will be increased to √s = 14 TeV and particle luminosity by a factor of 5. This will potentially address the unsolved mysteries such as dark matter. The demonstrator system needs to be fully compatible with current detector electronics as well as act as a validation for the new read-out architecture (Hybrid Design). Once fully upgraded the data output from the ATLAS TileCal will increase by 200 times to estimated 40 Tb/s!!

Earlier this month CERN had its second TileCal expert week of the year. Experts from around the world came together to help with the build of the first fully assembled Hybrid Demonstrator “Superdraw” prototype. A superdraw is composed 4 separate “minidraws” each that are independent in terms of power, readout and configuration. A total of 45 PMTs, 4 Motherboards, 4 High voltage Cards and 4 Daughter boards were needed to be assembled and connected together. The week was very successful with many new problems being identified as well as confirmation that all the components fitted together correctly and that the entire draw was able to fit in a slice of TileCal. Below are a few photos from that weeks assembly. 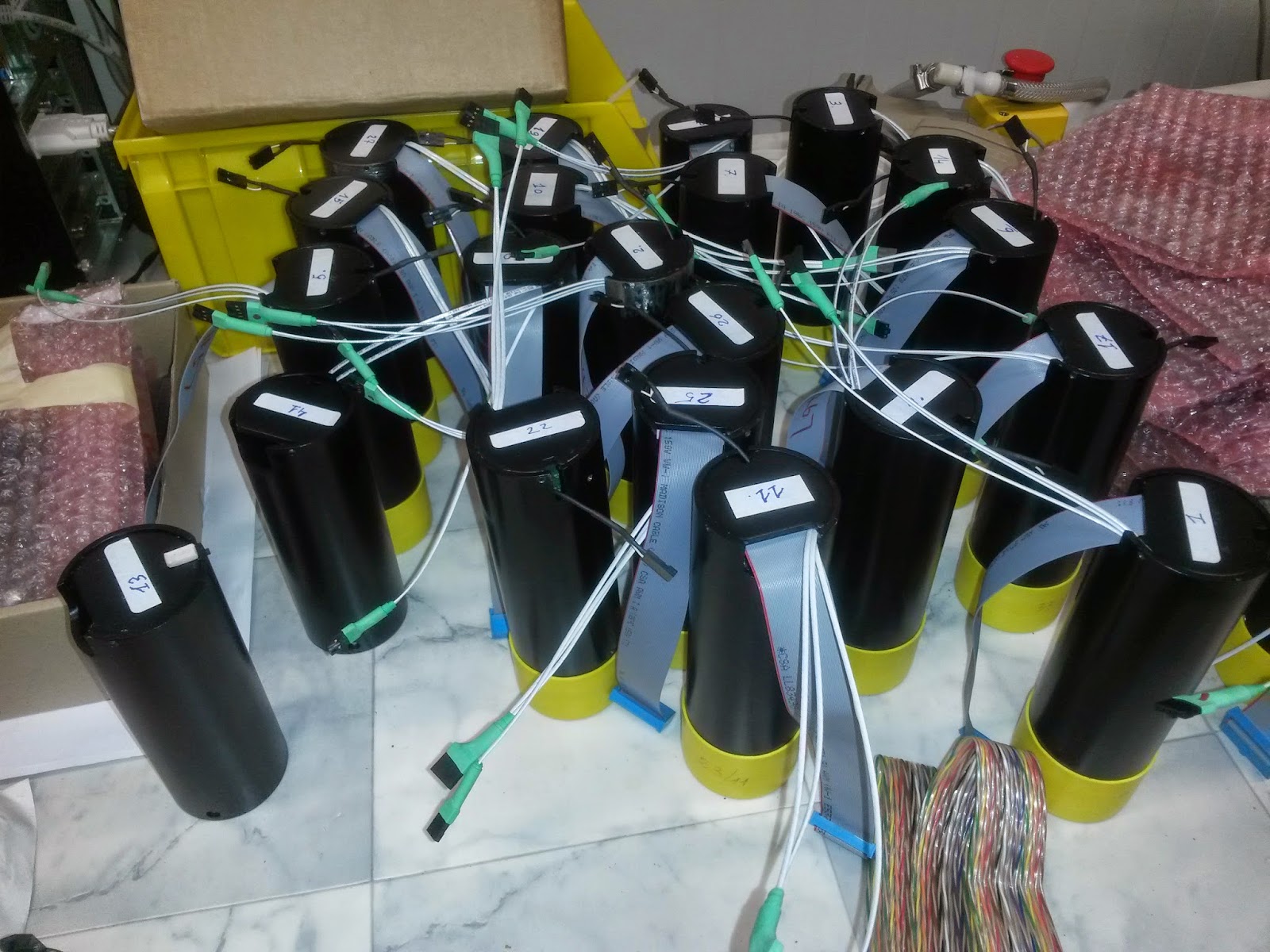 Newly built PMTs ready for use. 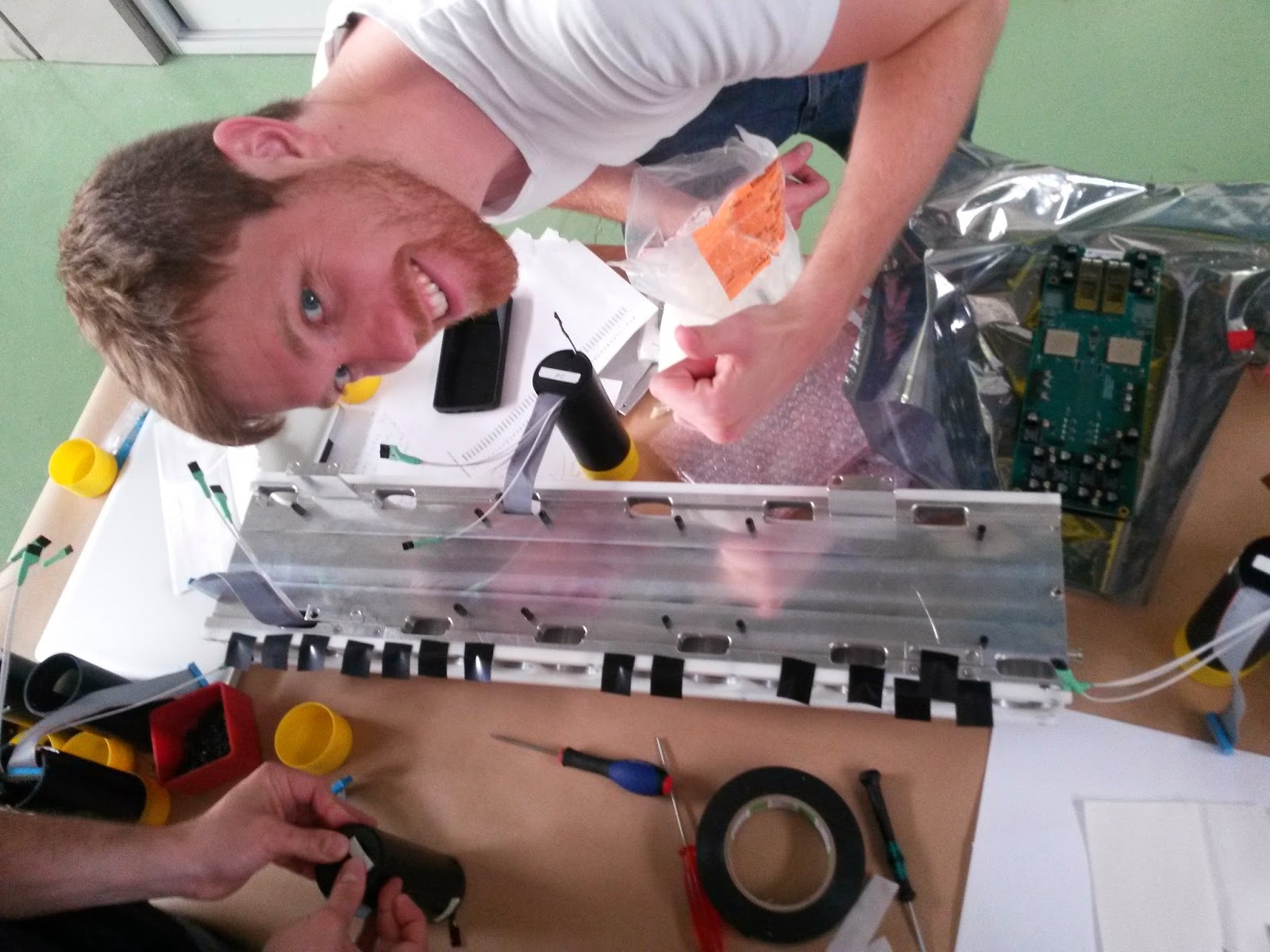 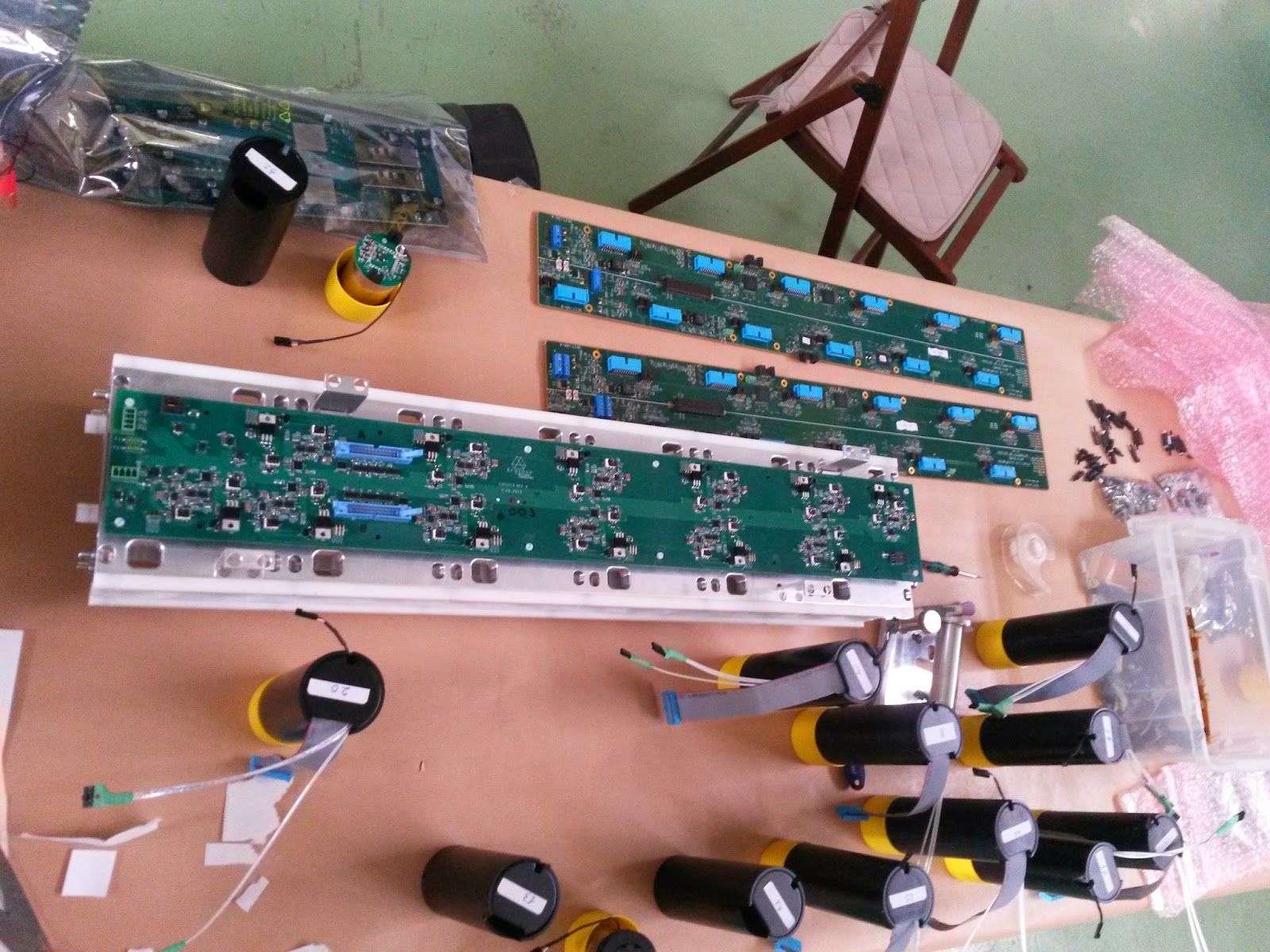 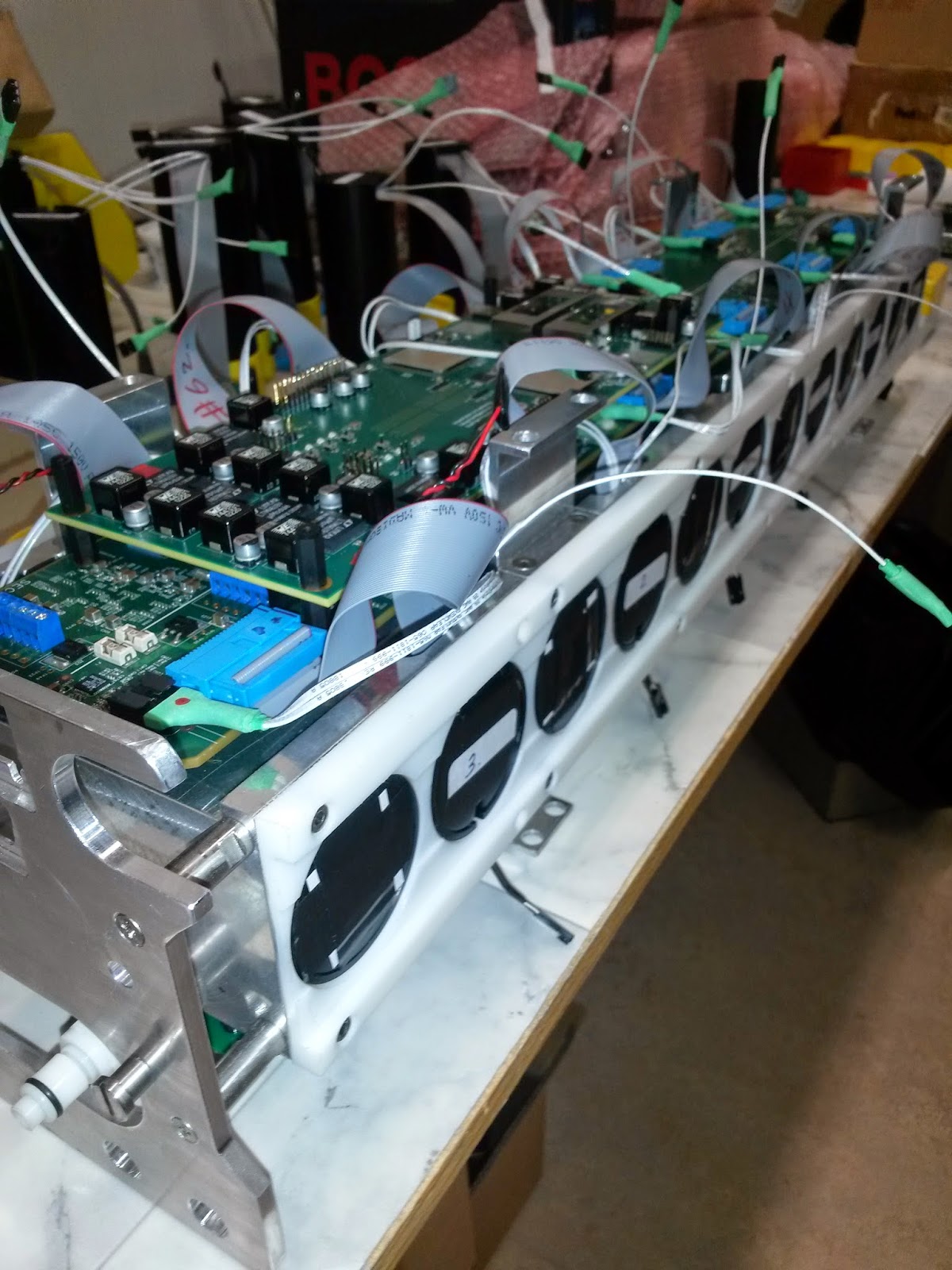 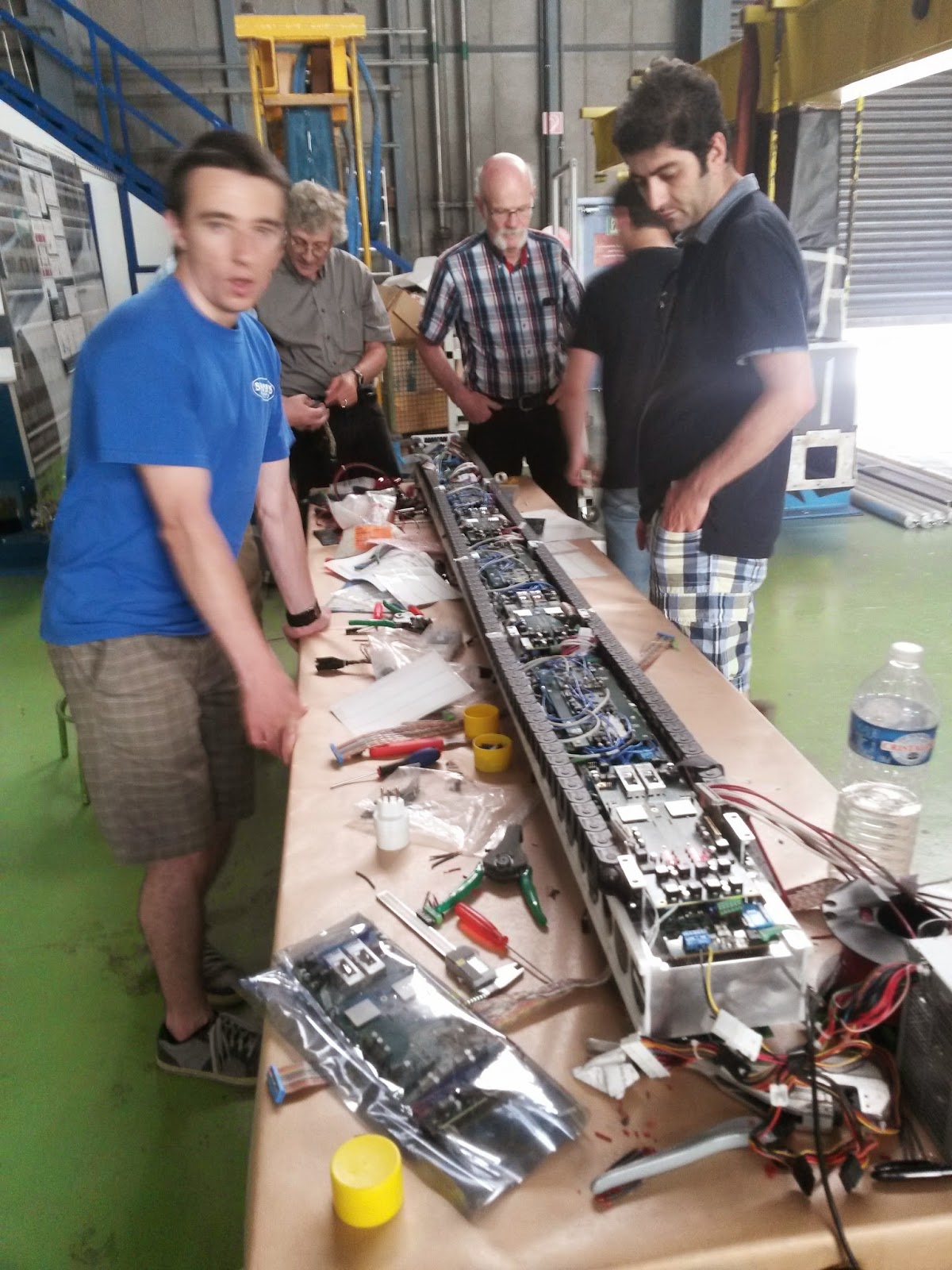 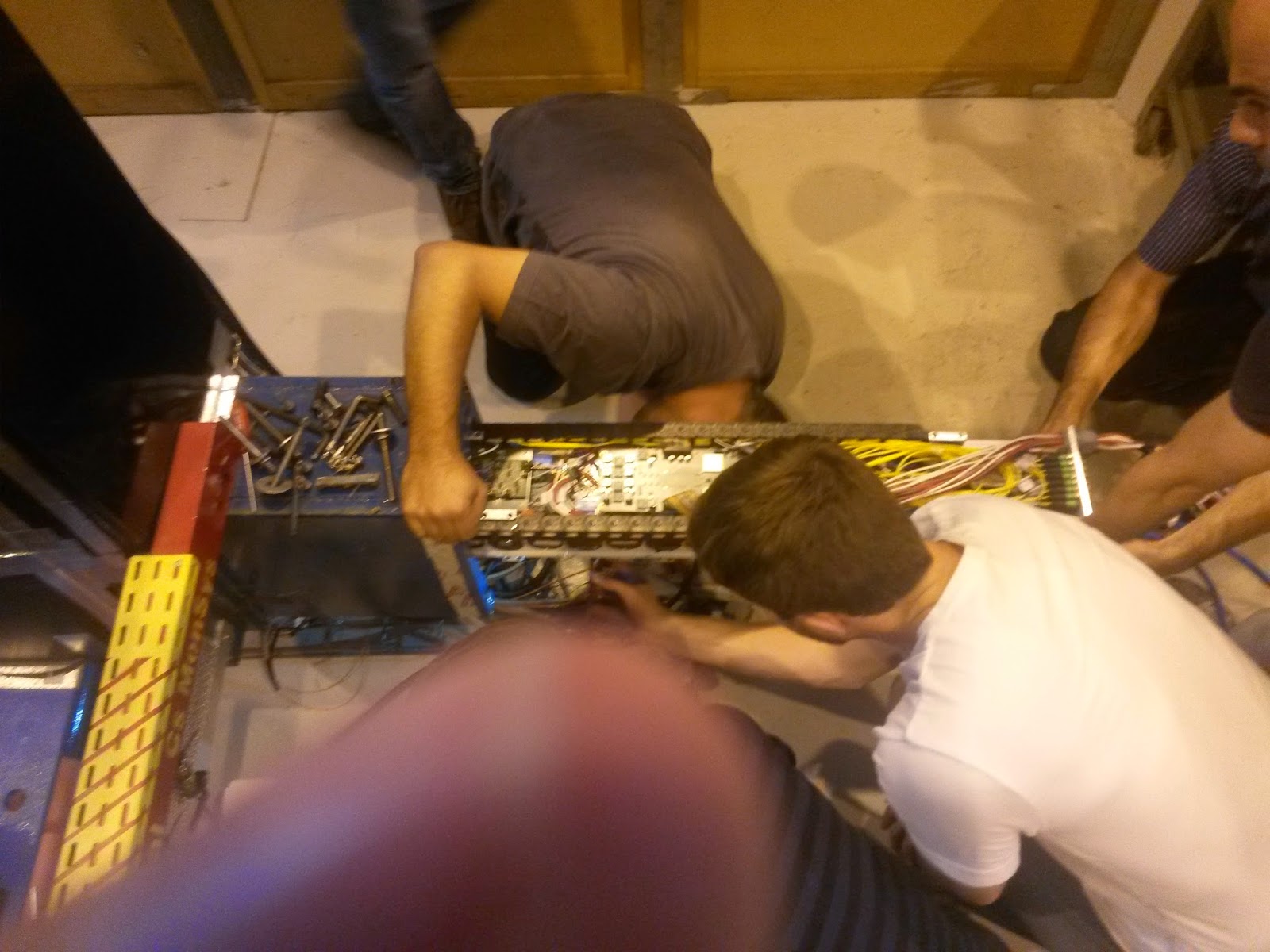 Insertion of the Draw into a Test Slice of the TileCal.


South-African made cryostats have arrived at the Joint Institute of Nuclear Research located in the Russian city of Dubna, in the Moscow region. This is an important demonstration of South African capabilities in the area of accelerators. The photo is a courtesy of Prof. Jean Cleymans (left). 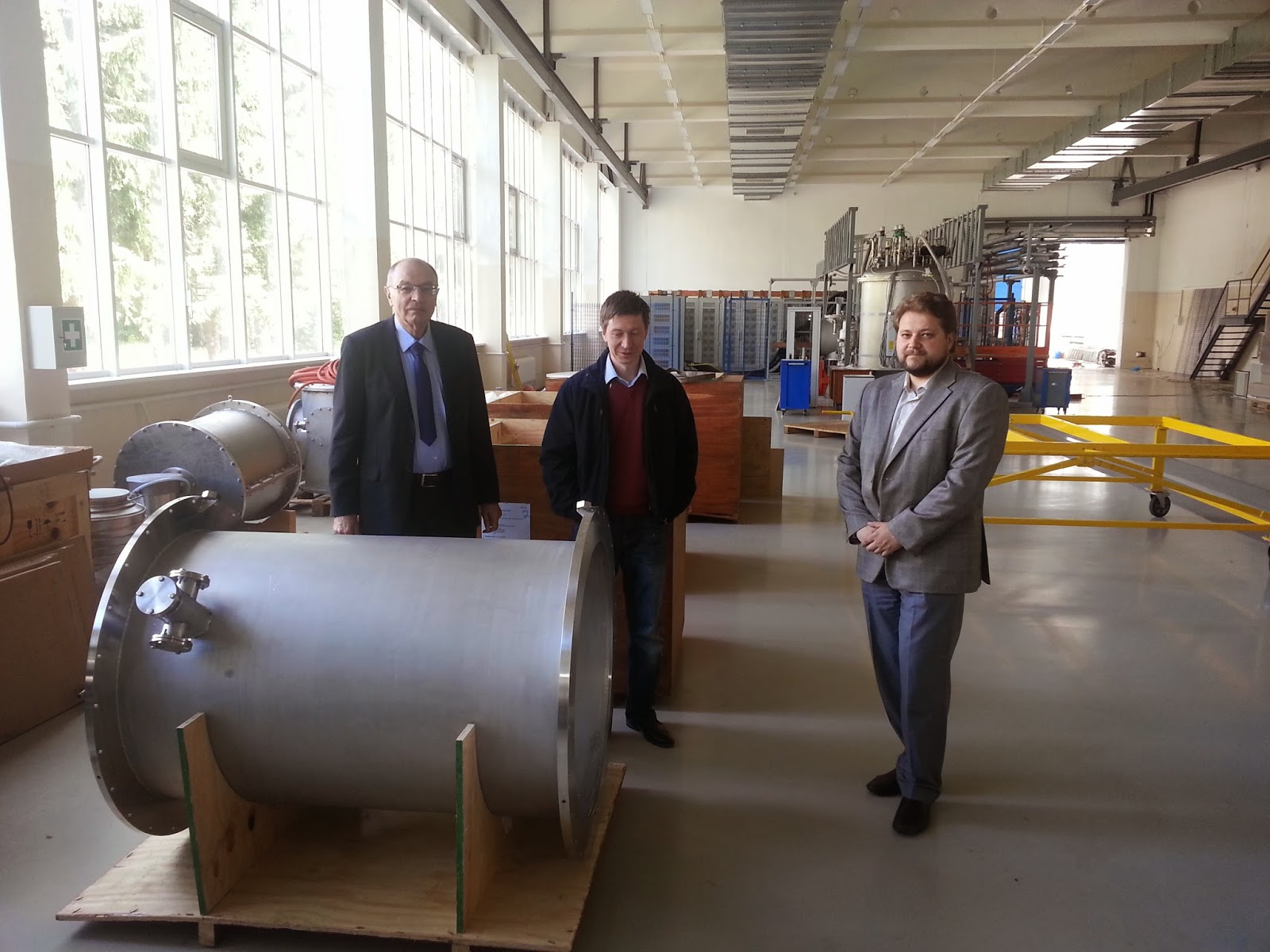 Today is the meeting of the LHeC International Advisory Committee. Right now we have the open session with overviews of the project, Higgs physics, performance, civil engineering and accelerator development. The meeting is chaired by Prof. Herwig Schopper. A number of prominent people are attending. In the afternoon the closed session will follow. 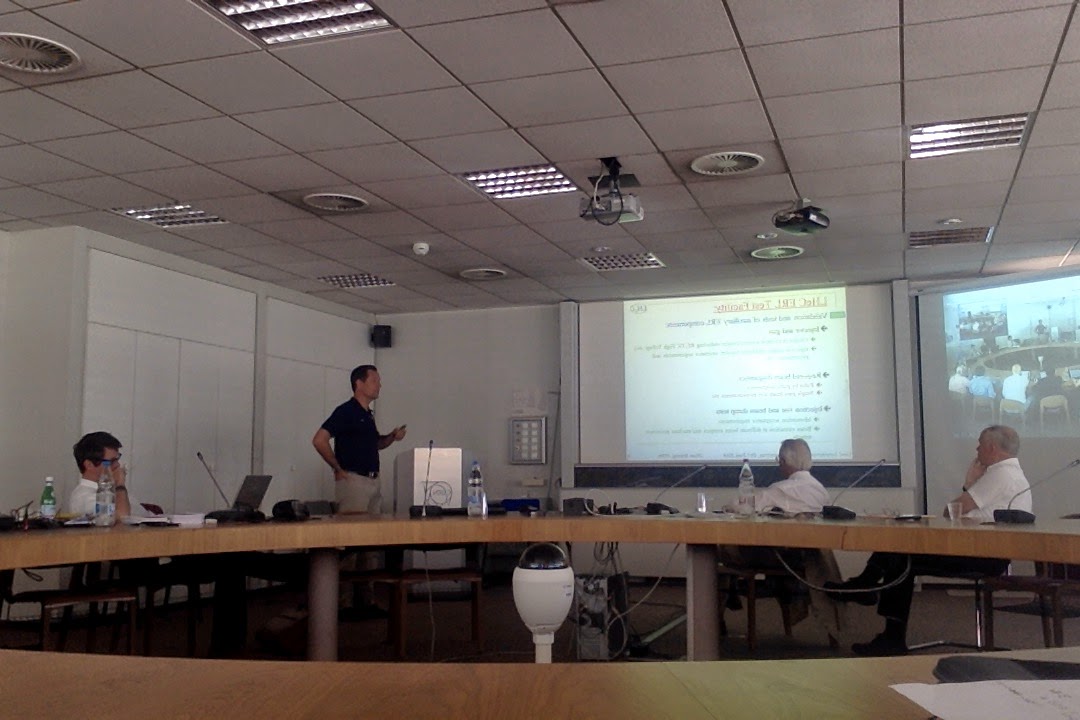 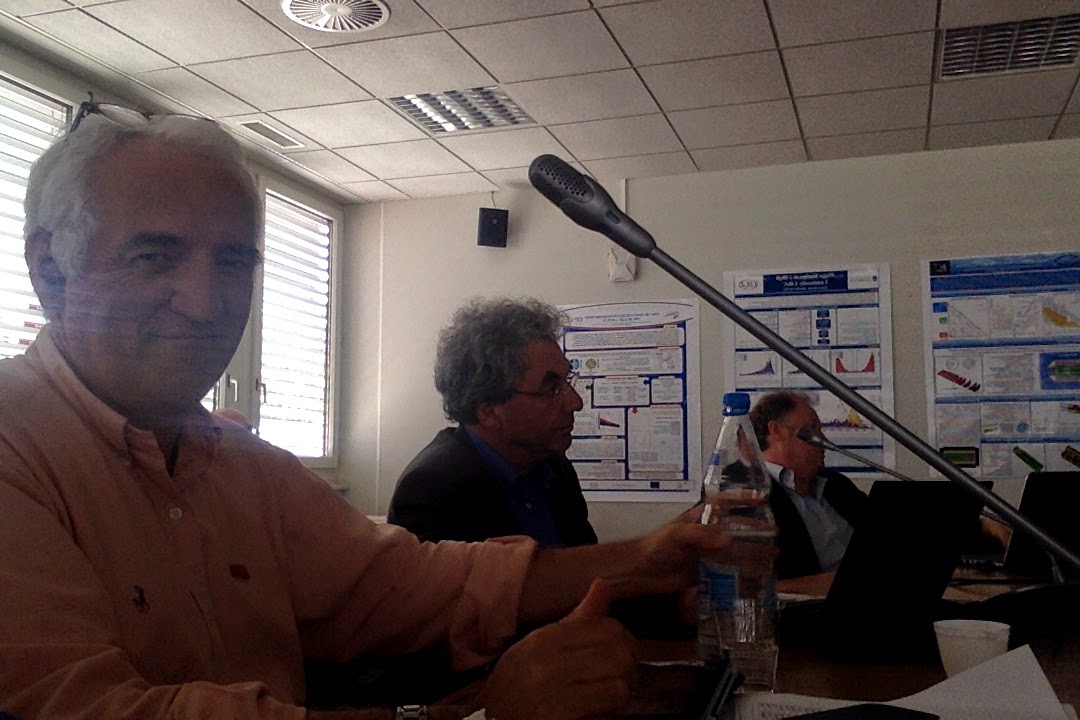 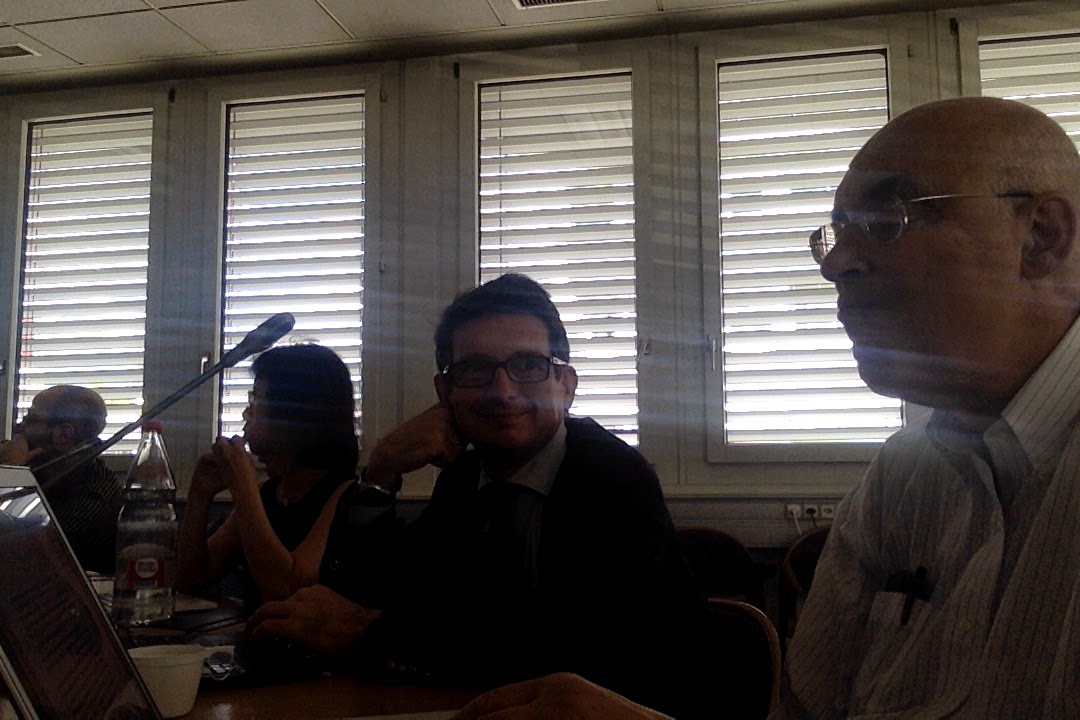 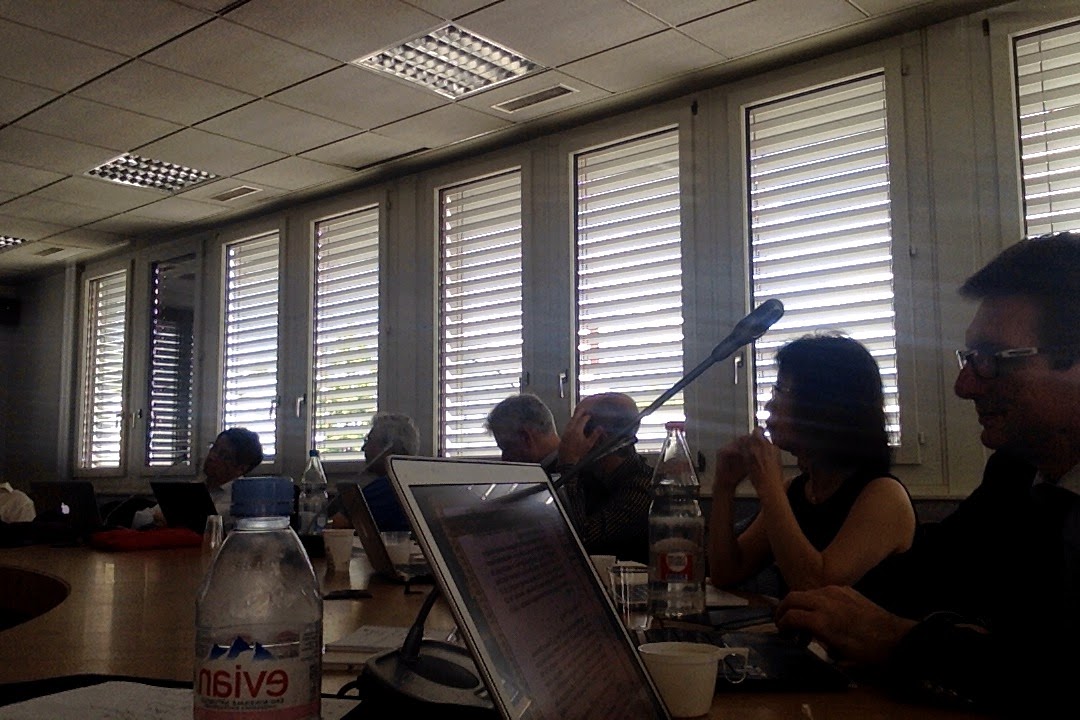 I mentioned in a prior post that I integrated an INA219 power measurement IC onto the power distribution board of our Wandboard cluster. It took quite a bit of scratching around to get it to work though! It's actually very simple so here are the steps in case they save someone else a few hours.

The first step is to compile the kernel with TI INA* support. This can be as a module or built-in. I chose the module route so that I can check that the module loaded with the lsmod command. Here's a screenshot of the Linux menuconfig showing the option you need to enable:

Once your system is back up and running, it's a simple matter of loading the module and doing some setup. You could put this setup stuff in a script that runs on startup.

And you will see a large number. Divide this number by 1000000 to get the power in Watts. You can also run sensors if you have lmsensors installed. Awesome!


The Analog-to-Digital Converter (ADC) board for the Prometeo system for the Tile Calorimeter of the ATLAS detector has arrived at Wits. The PCB was manufactured at Central Circuits and the mounting took place at Projects Concern in the Gauteng area. This is the last piece of electronics needed to complete the Prometeo system. Oscar Kureba will now test the prototype in conjunction with a FGPA-based board to ensure the functionality of the board is as expected. 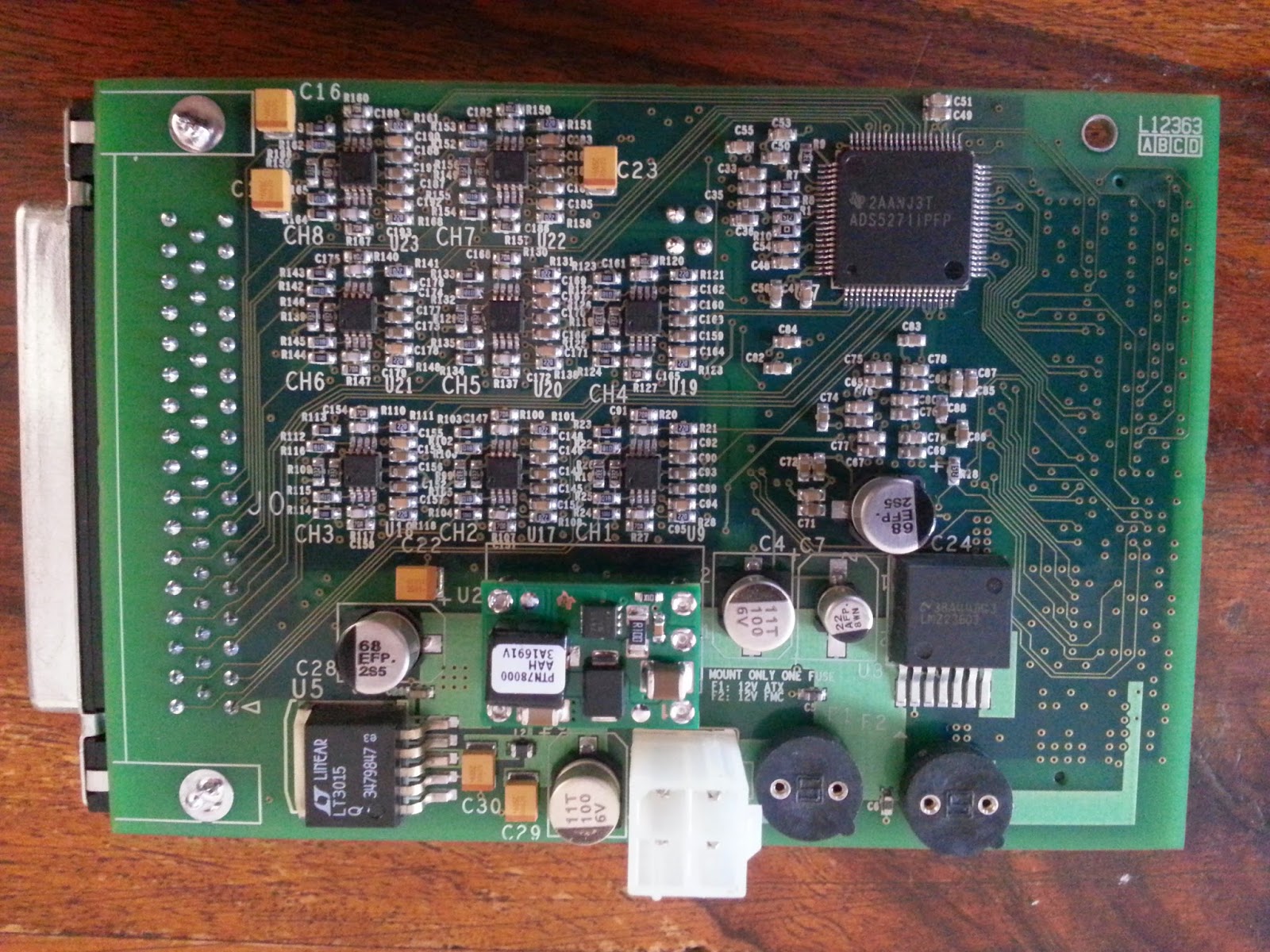 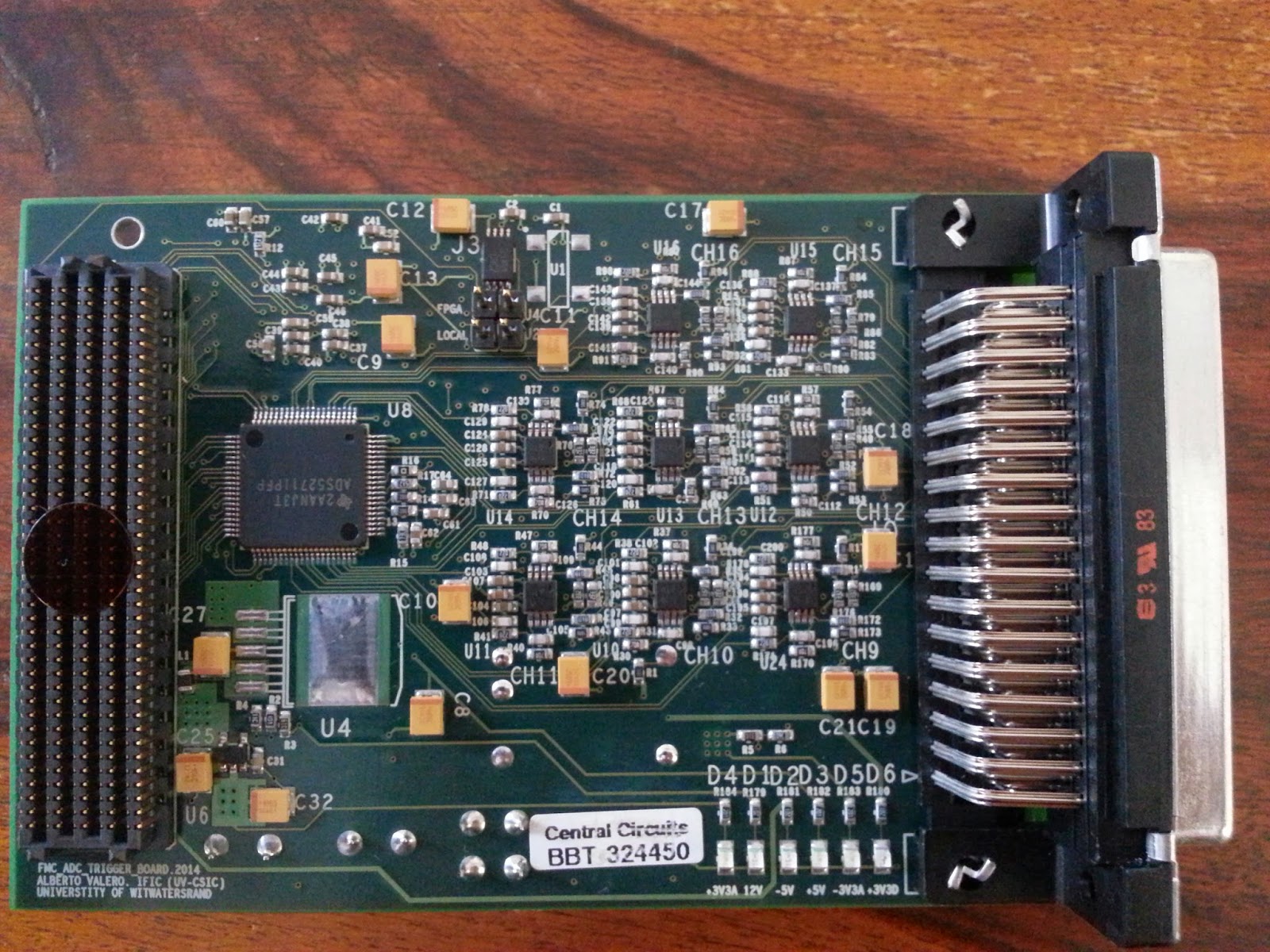 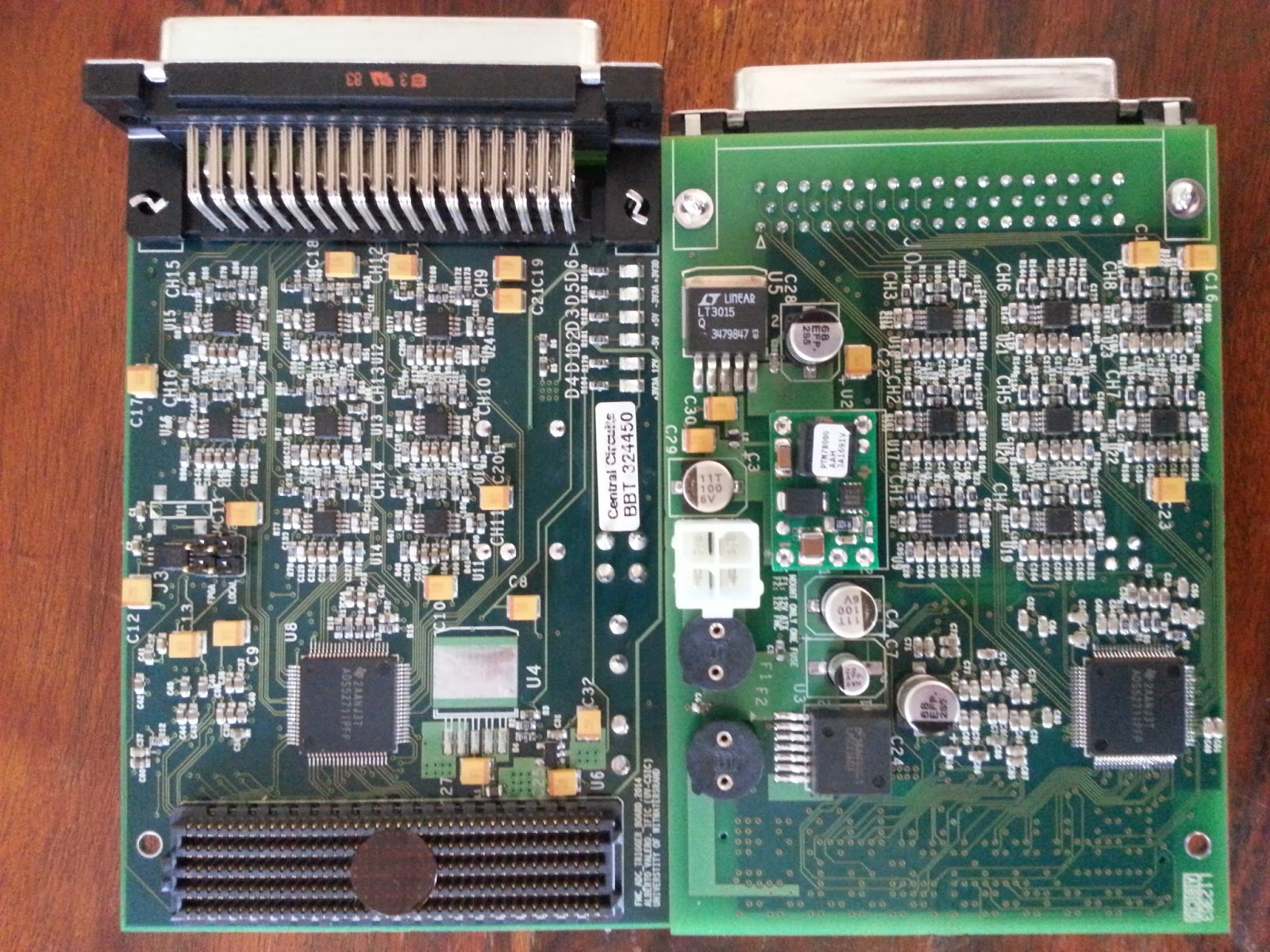 Robert, Mitch and me visited a plant in Centurion, near Pretoria,  where PCB prototypes have been manufactured for our work with the Prometeo system at CERN. So far we are happy with the interaction and the quality of the PCBs. We will continue working with them. The visit was very instructive in terms of how the process of manufacturing PCBs works and what are the different steps involved in it. It was also very useful in terms of understanding the capabilities and limitations. 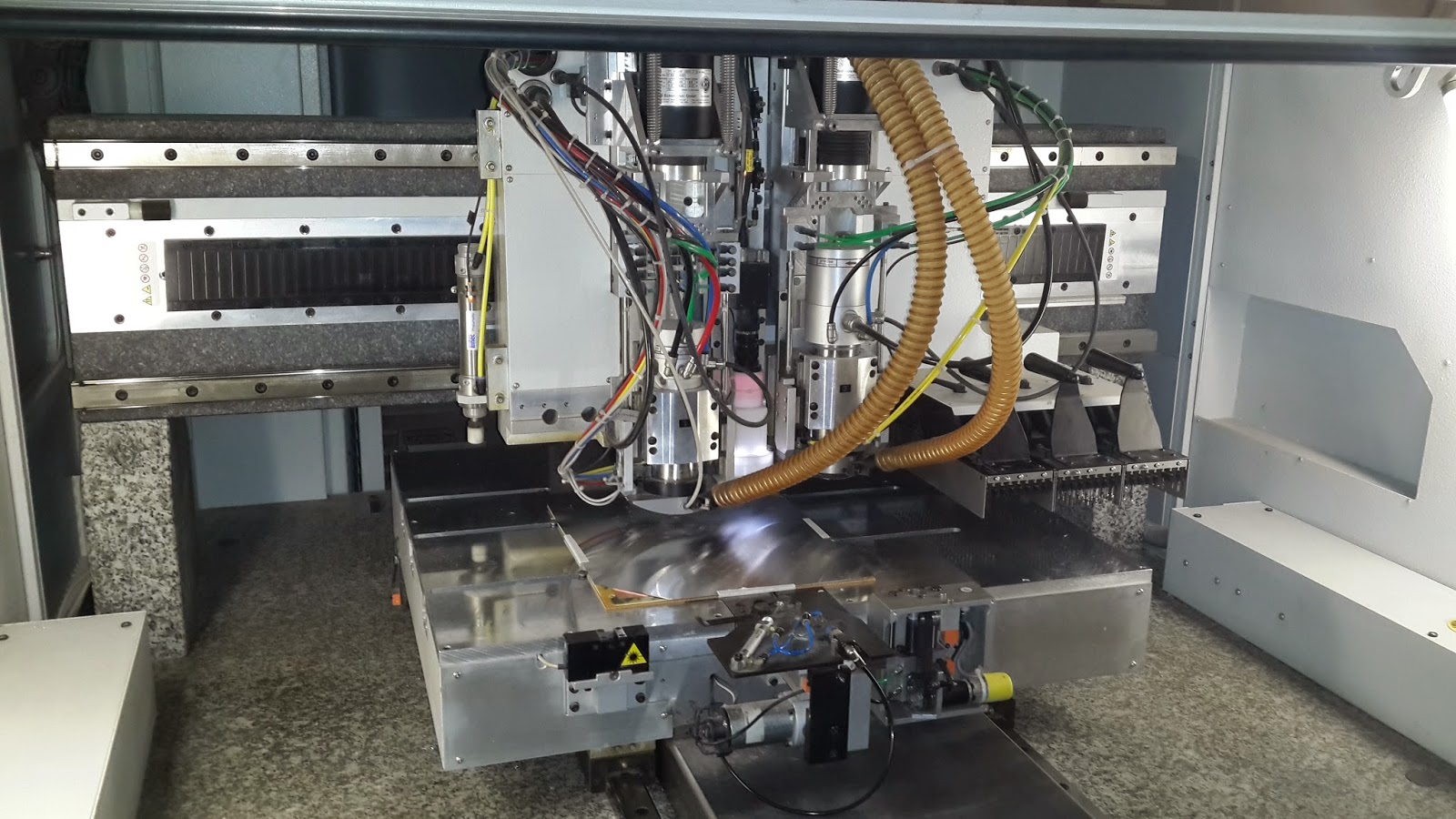 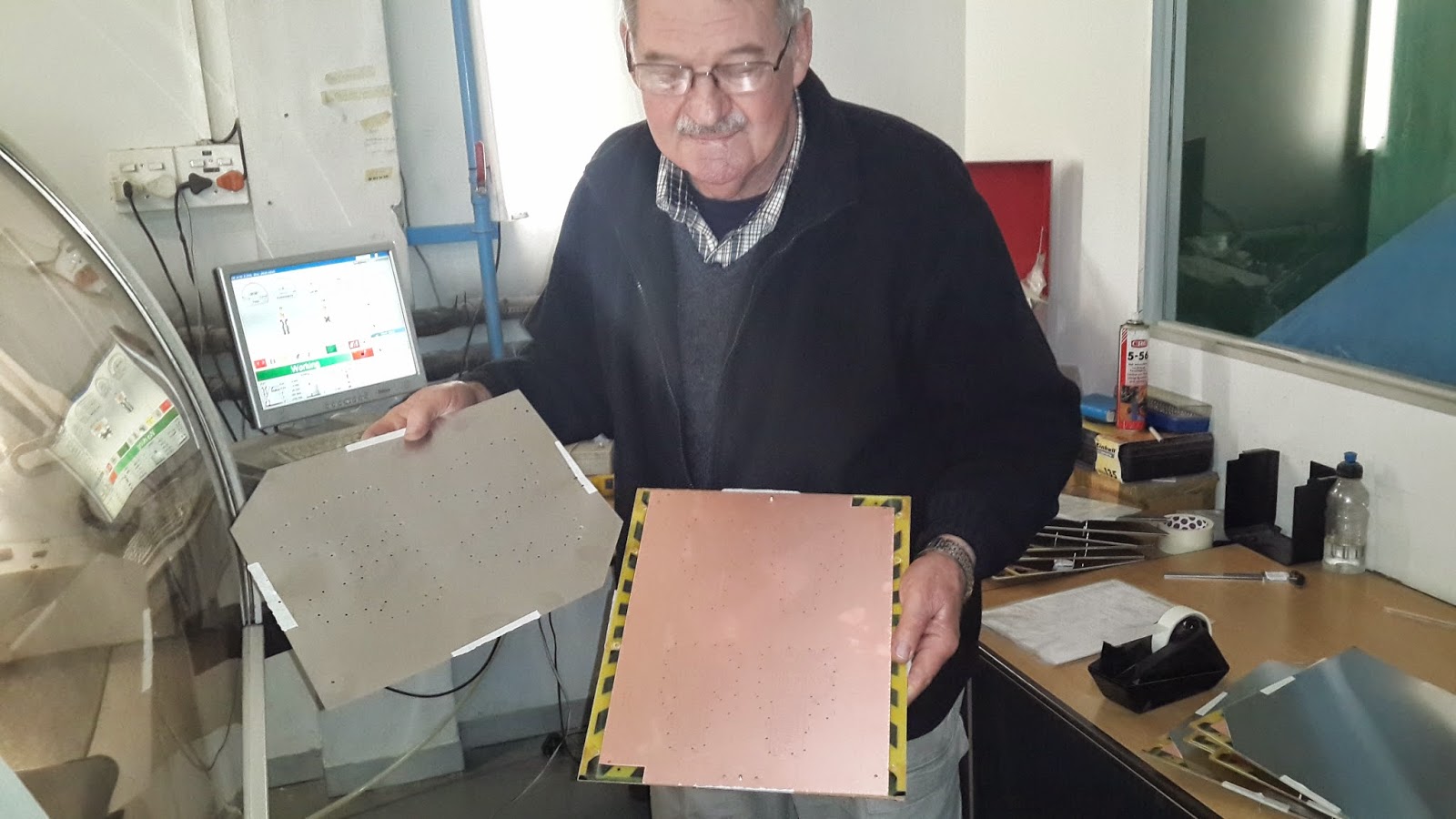 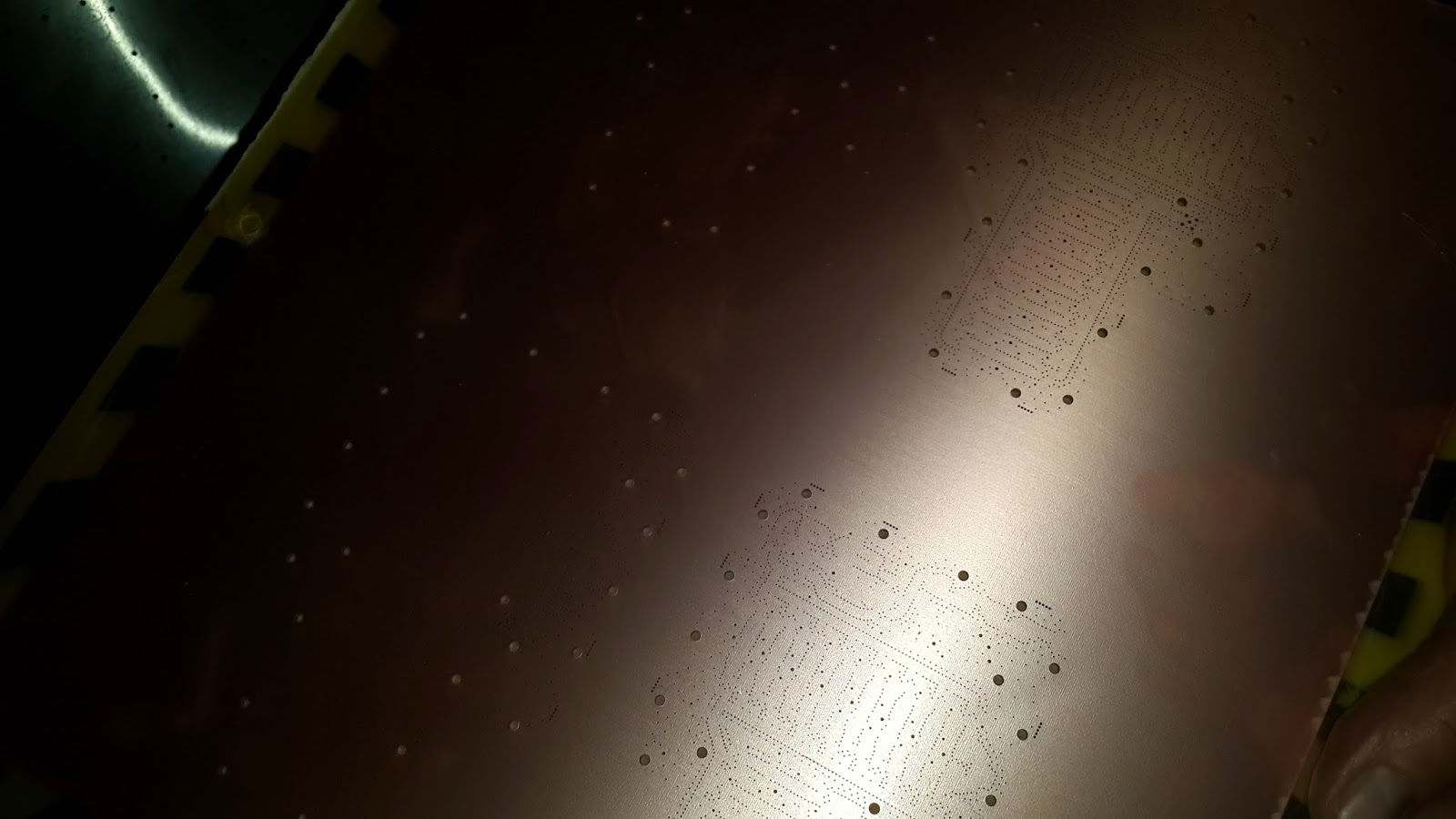 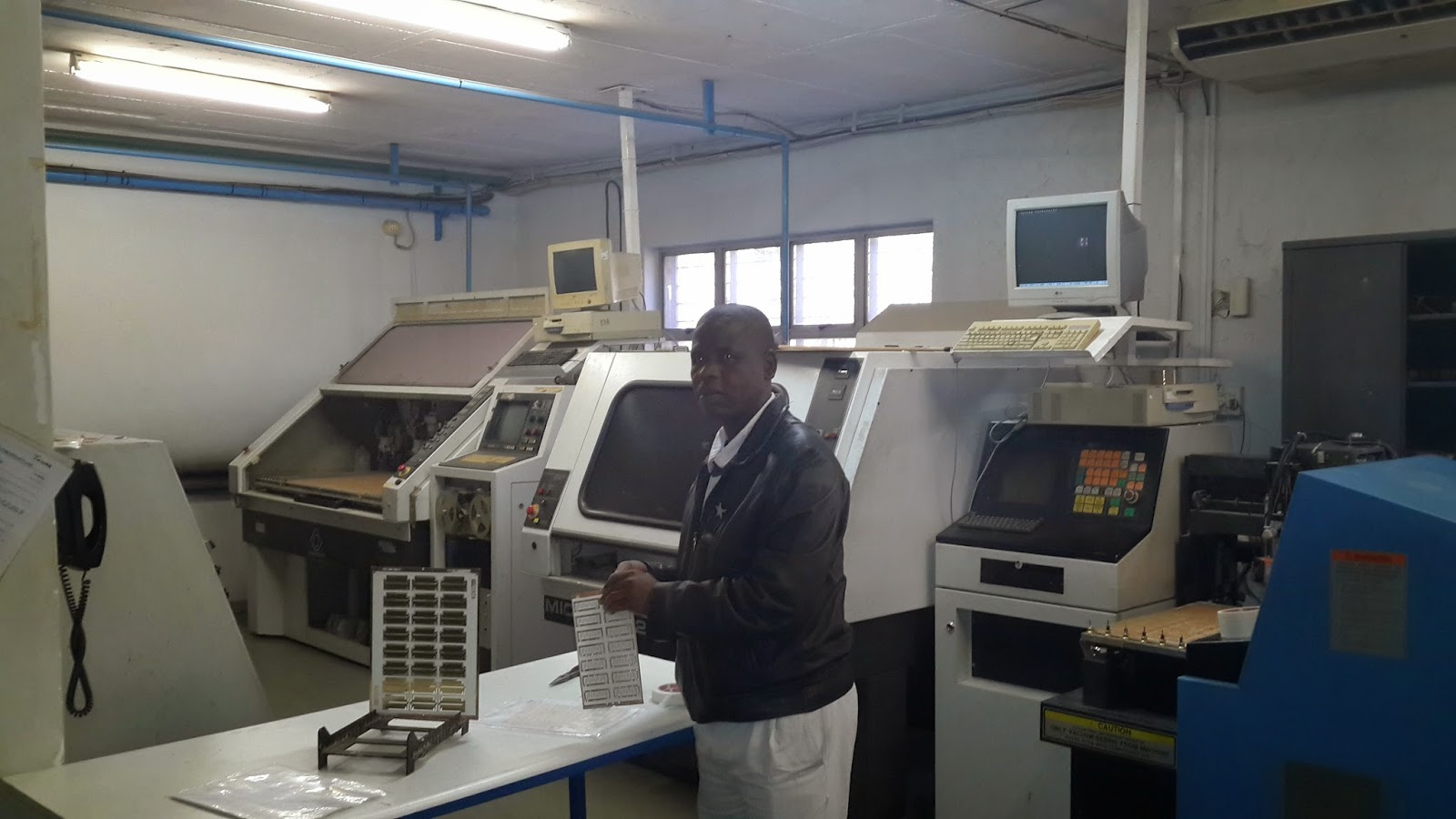 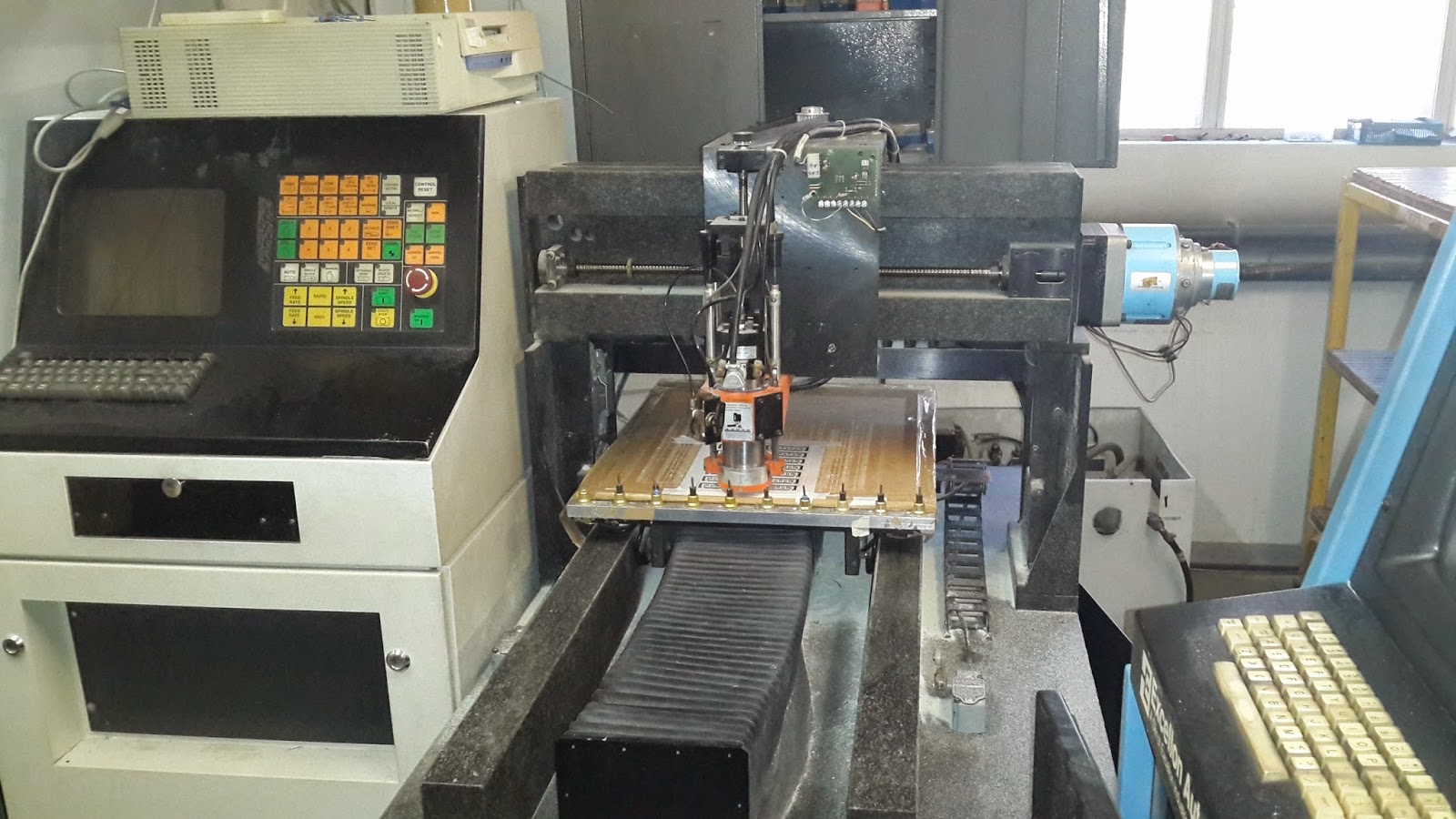 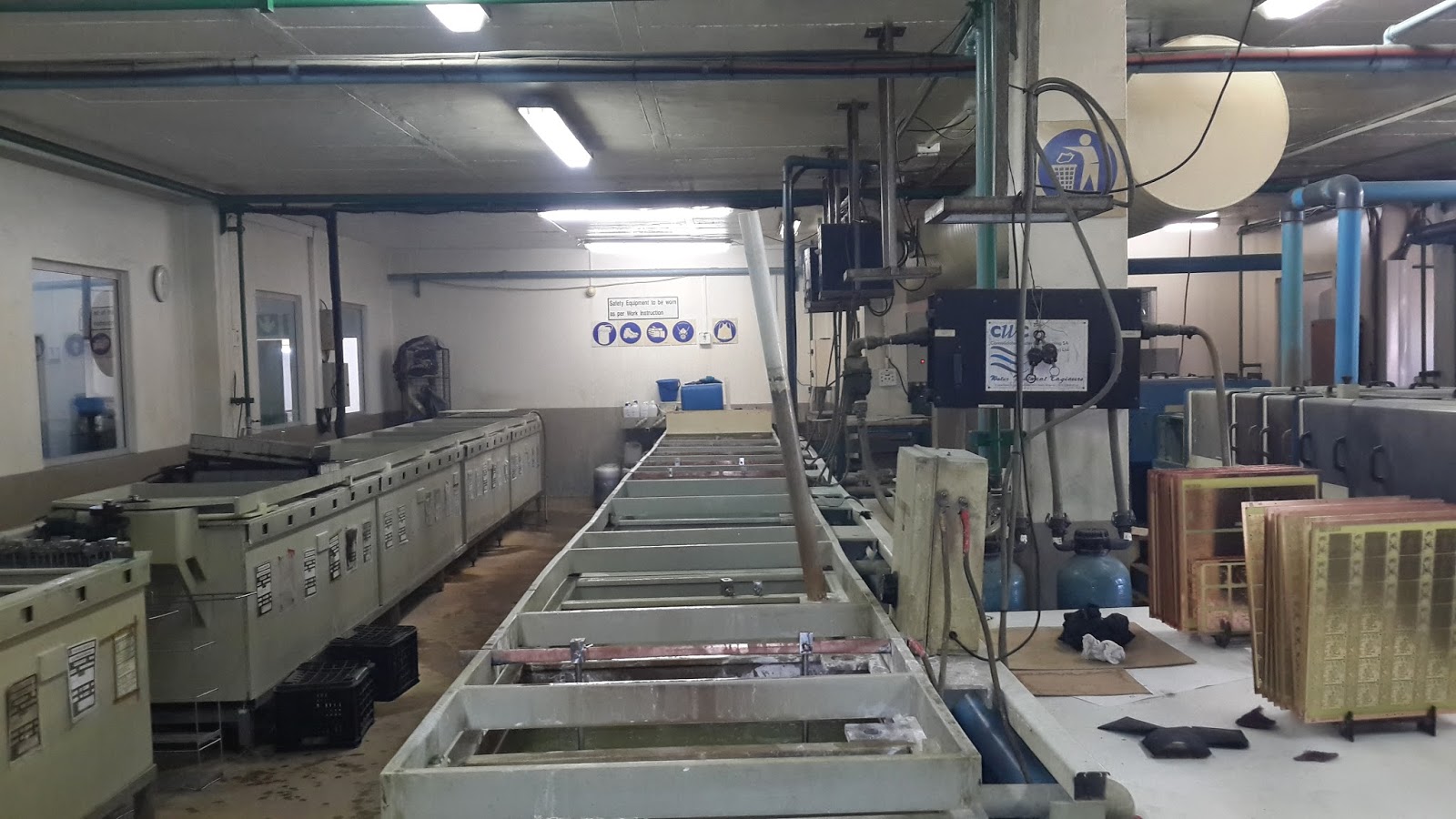 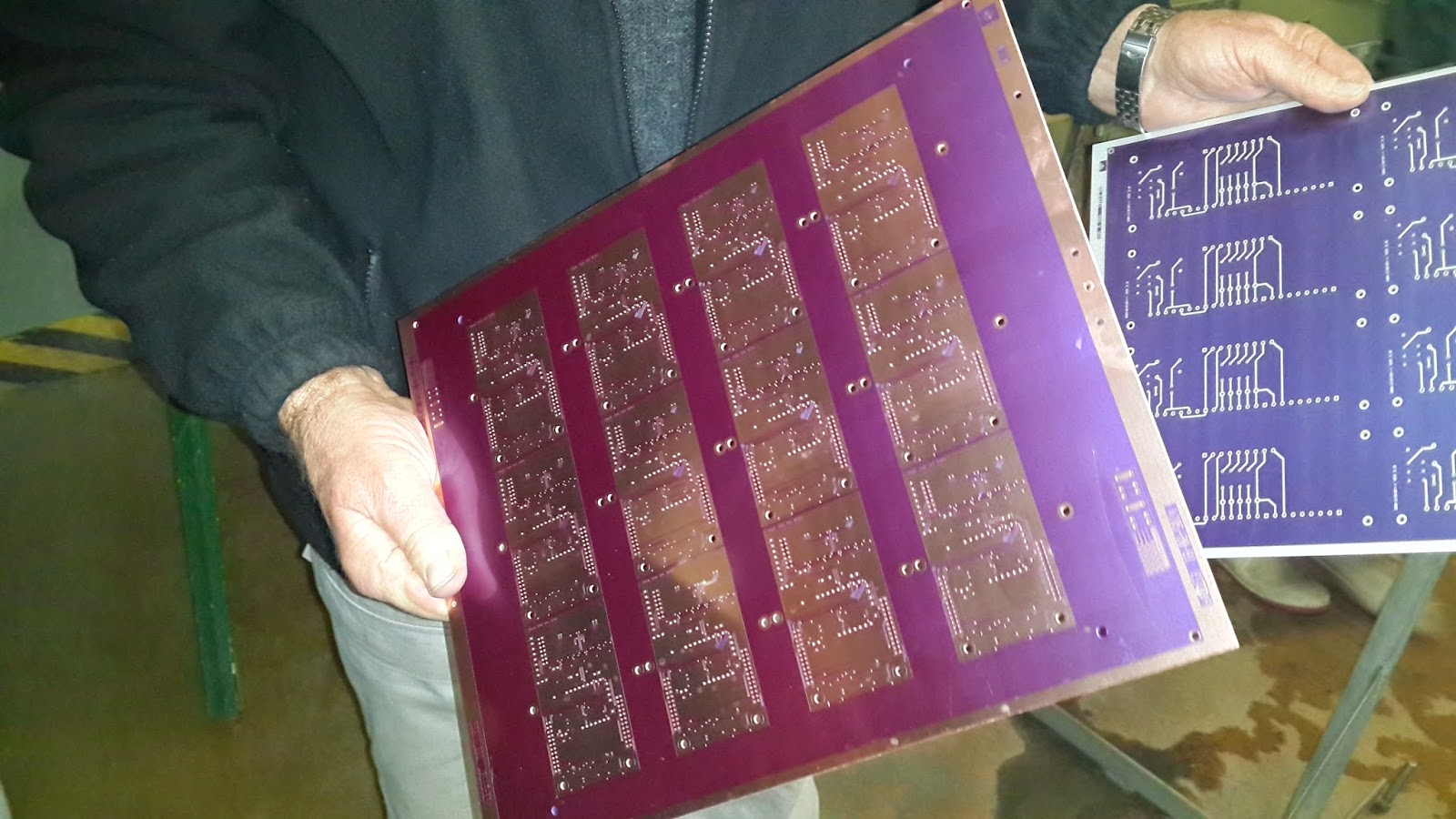 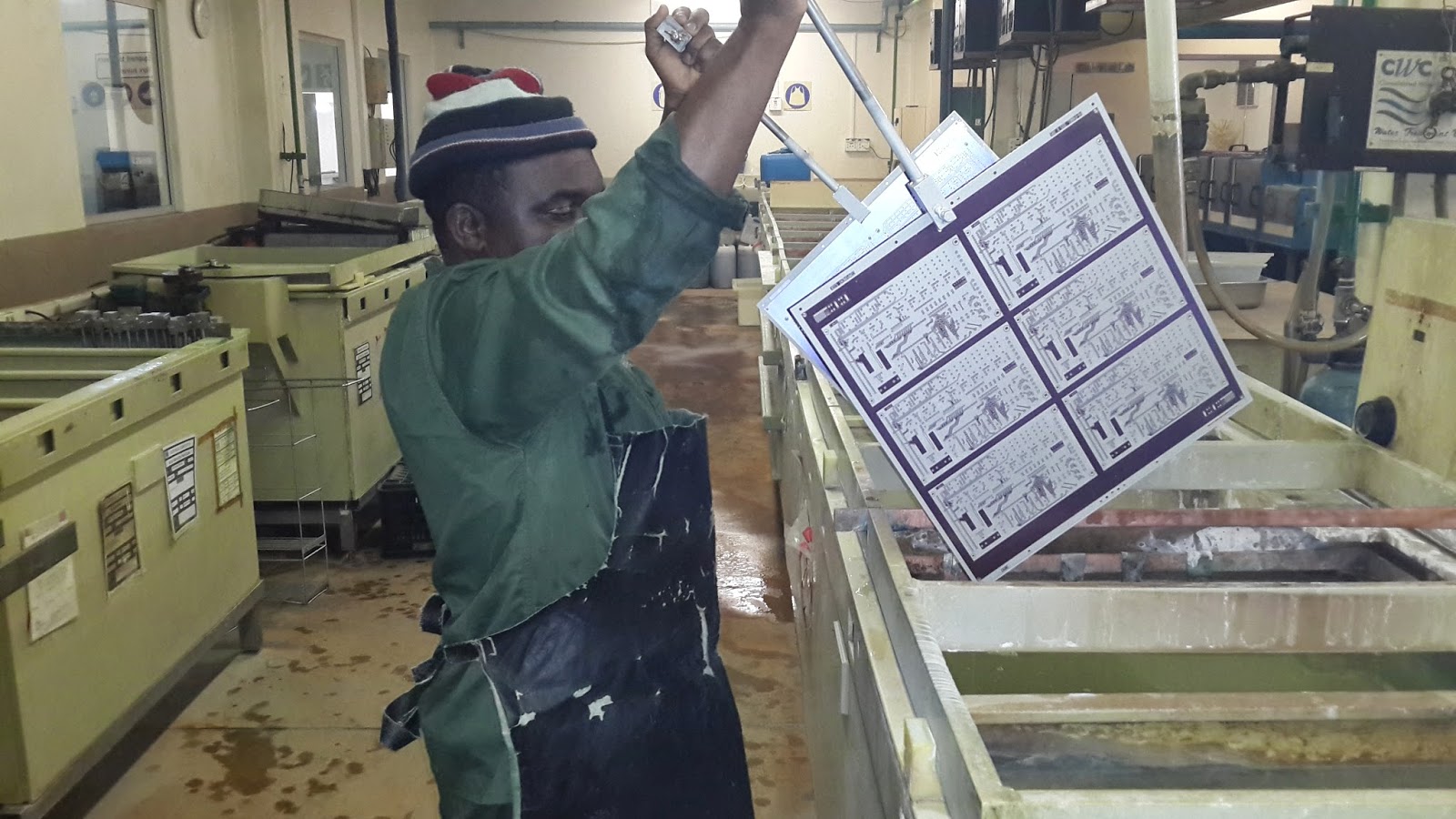 Yesterday we received a Freescale P4080PCIE development board! This board features a Gen2 PCI-Express x4 link, as well as 2 SFP+ connectors for some high data throughput (~20 Gb/s) experimentation. The chip itself is an eight core PowerPC (or something pretty similar) with loads of I/O connectivity and the ability to attach loads of RAM! This is the chip you can expect to find in very high-end routers... 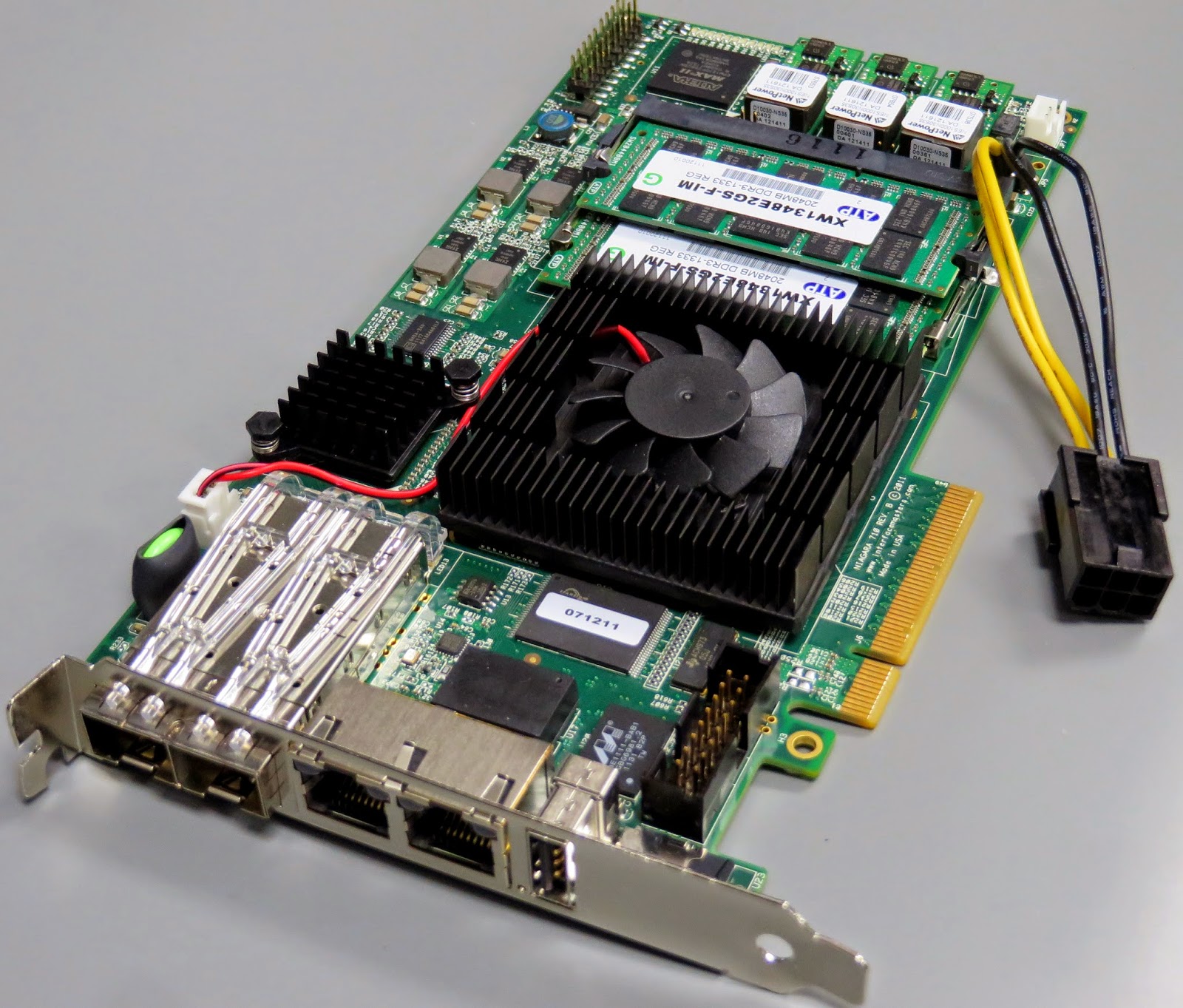 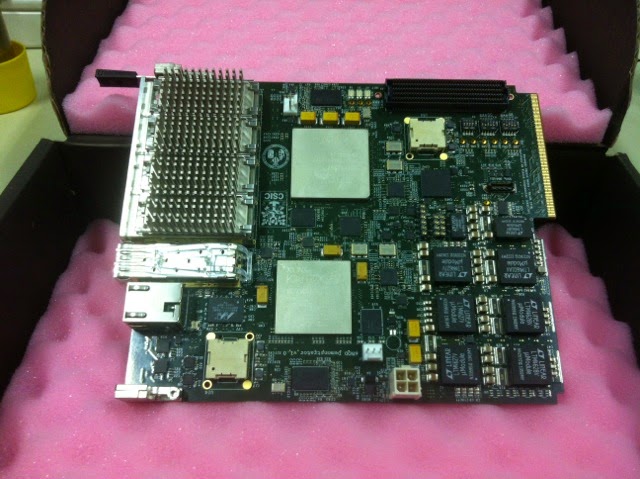